If you are always stressed out, nervous, and feeling anxious, chances are that someone close to you has suggested you take ashwagandha. They may have claimed that this can help not only to calm you down, but also heaps more of other benefits. If you’ve never heard of this supplement, it’s normal to be skeptical. Are these supposed benefits real?

Here are some of the top benefits of ashwagandha that are proven and backed by science.

The name “ashwagandha” refers to the fragrance of its root, which is described as “like a horse” by definition. This plant is used as a general tonic to increase energy and relieve tension and anxiety, according to practitioners. Some people believe that the plant can help with cancer, Alzheimer’s illness, and anxiety.

Here are some of the science-backed health benefits of ashwagandha.

#1 Helps Improve Performance in Some Sports

The effectiveness of ashwagandha in increasing strength and muscular growth is still being researched. Participants in one trial reported greater speed and strength. Some people said they slept better after taking ashwagandha, but this study didn’t compare it to a placebo.

Another study with just male participants found that ashwagandha treatments were effective. Men who took ashwagandha experienced substantial improvements in muscular strength and size in their arms and chests, as well as a significant reduction in body fat percentage and post-workout muscle injury, when compared to the placebo group.

#2 Reduces Levels of Stress and Anxiety

The stress-relieving qualities of Ashwagandha are likely its most well-known health benefits. Several studies have demonstrated ashwagandha’s capacity to considerably reduce individuals’ stress and anxiety levels. Researchers demonstrated that ashwagandha can improve sleep quality in one trial, confirming that individuals slept substantially better with ashwagandha doses compared to placebo doses.

In a study published in 2019, researchers discovered that taking a daily dose of 240 milligrams of ashwagandha lowered stress levels considerably when compared to a placebo. Reduced levels of cortisol, a stress hormone, were among the results.

Another research of 60 persons revealed that those who took 240 mg of ashwagandha extract per day for 60 days had much lower anxiety levels than those who were given a placebo.

Research showed that ashwagandha may help lessen symptoms of various mental health problems, such as depression.

Researchers studied the effects of ashwagandha on 66 persons with schizophrenia who were depressed and anxious in one trial. They discovered that individuals who received 1,000 mg of ashwagandha extract daily for 12 weeks had lower depression and anxiety levels than those who took a placebo.

Although some research suggests that ashwagandha may have antidepressant properties in certain people, it should not be used in place of antidepressant prescription. If you’re experiencing depressive symptoms, speak with a healthcare professional to obtain any assistance or therapy you may require.

#4 Can Improve Memory and Mental Performance

Executive functioning, attention, response time, and performance on cognitive tasks are just a few of the cognitive processes it may help with.

In a research of 50 people, ingesting 600 mg of ashwagandha extract per day for 8 weeks resulted in substantial improvements in the above-mentioned metrics when compared to a placebo.

In certain trials, ashwagandha supplements have been proven to improve male fertility and testosterone levels.

In one research, 43 overweight men aged 40 to 70 with minor weariness administered ashwagandha extract or placebo pills daily for eight weeks. The ashwagandha medication was linked to an 18% rise in DHEA-S, a sex hormone involved in the manufacture of testosterone. In addition, individuals who took the herb had a 14.7 percent higher testosterone rise than those who took the placebo.

Ashwagandha has also been shown to help women with sexual dysfunction in at least one clinical research. According to the subjects’ self-reports, ashwagandha treatment resulted in considerable improvements in arousal, lubrication, orgasm, and satisfaction. It also increased the number of effective sexual interactions and reduced discomfort related to their sexual life and sexuality.

Ashwagandha was proven to be effective in lowering blood glucose and lipids in a few modest clinical investigations (the most common type of fat in the blood).

The blood sugar-lowering benefits of ashwagandha have been compared to those of type 2 diabetes medicines in one research.

Treatment with ashwagandha substantially lowered blood sugar, hemoglobin A1c (HbA1c), insulin, blood lipids, and oxidative stress indicators, according to a review of 24 investigations, including 5 clinical studies in persons with diabetes.

At this moment, however, research is limited, and additional well-designed trials are required.

How Should You Take Ashwagandha?

Doses of 250–600 mg/day of ashwagandha root extract have been utilized in studies. The most typical dosage regimen is 600 mg twice a day, with one dose taken at breakfast and the other in the evening.

For athletes under an intense training routine, evidence shows that 600 mg/day is preferable to lesser dosages for enhancing sleep.

Ashwagandha is an ancient medicinal plant that has a variety of health advantages. Although taking ashwagandha will not eliminate stress, it may assist to decrease the symptoms and make one feel more at peace. However, investing the effort to build coping mechanisms to assist you handle stress in the future will pay off in the long term.

Most people regard ashwagandha to be reasonably safe. However, it is crucial to consult with a healthcare practitioner before incorporating ashwagandha into your daily regimen. 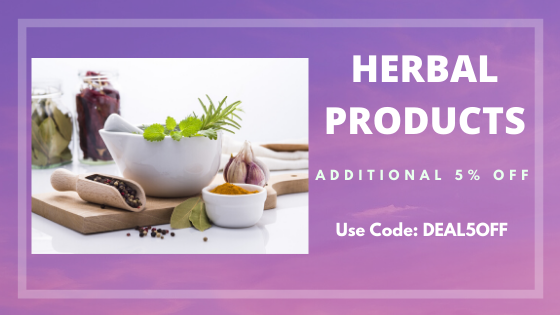